Into the eDiscovery Metaverse 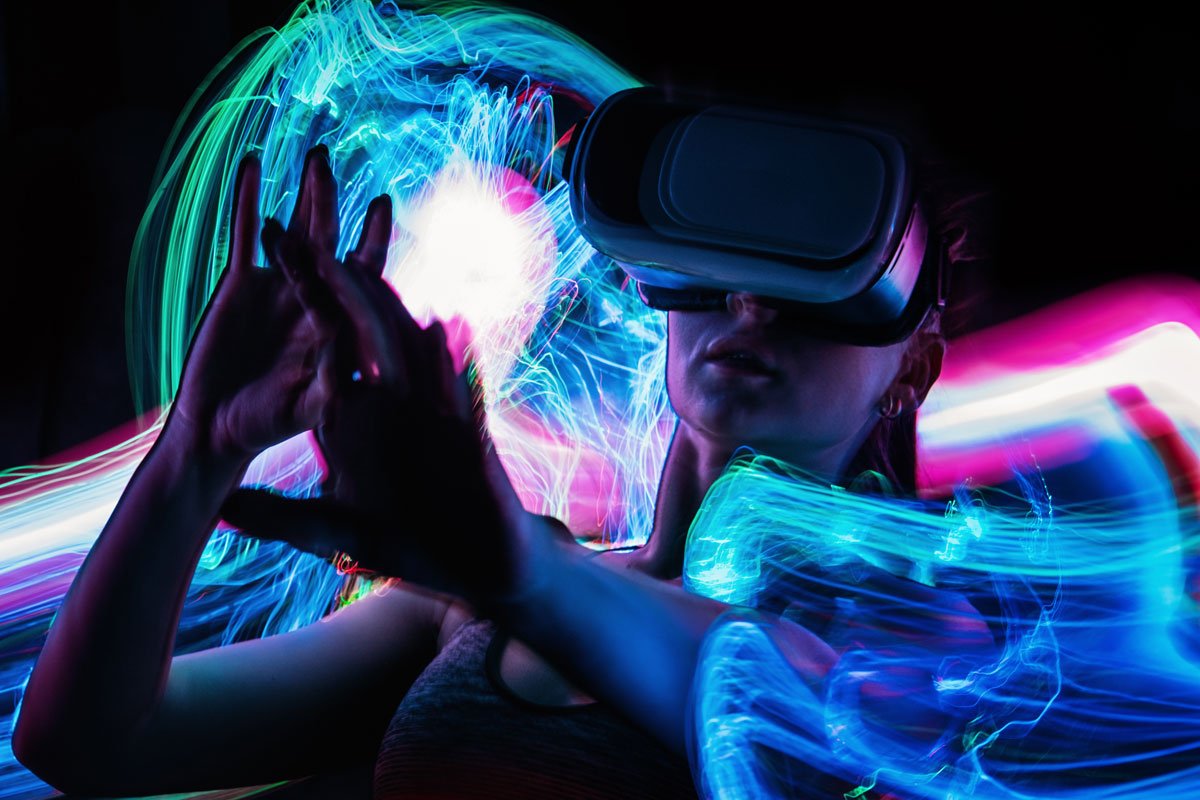 For most Electronic Discovery and legal professionals, the term “meta” recalls document review and pesky data about data that increasingly can make or break a case. But Facebook’s massive rebrand as Meta may be the harbinger of something more impactful to the practice of law and eDiscovery than even the 2006 amendments to the Federal Rules of Civil Procedure. For Facebook, this rebrand was all about the emerging concept known as the Metaverse. It has signaled the behemoth’s intention to take the lead in developing and embracing it.

Before you laugh and shake off the entire concept of the Metaverse as unlikely to stick or something only the most avid gamer should care about, recall that people said much the same about the internet only a few decades ago. Even Newsweek got in on the action, with a now much-ridiculed article Why the Internet won’t be Nirvana. The article famously opined that “no online database will replace your daily newspaper, no CD-ROM can take the place of a competent teacher and no computer network will change the way government works.” and was so incredibly far off the mark that Newsweek sheepishly revisited the piece only 15 years later in an article that opened: ” What’s the most wrong you’ve ever been?”

While I cannot predict the future impact of the Metaverse, on social media, healthcare, or the practice of law. It may still make sense for legal professionals to take note of what exactly this internet 2.0 might look like and what the social, business, and legal ramifications of this brave new virtual world might mean for their practices.

What the Heck is the Metaverse?

Before we dive too deep into the Metaverse rabbit hole, let’s set the stage by unpacking what exactly this new vision of the digital world is. Building on and combining the technologies of the internet, virtual and augmented reality, and the video game mainstay of avatars, Metaverse is a virtual interactive and immersive world people can live, work, play, and shop in. Digital representations of real humans, known as avatars, interact in this 3D virtual and interconnected world. And, for many of the organizations investing heavily in the concept, like Meta, there is a very real-world ability to collect information and revenue in this virtual environment.

AI and Machine learning coupled with increasingly believable Virtual reality and augmented reality environments are used in the Metaverse to create an experience that blurs the line between the real and digital worlds like never before possible. The blockchain and various cryptocurrencies are now being integrated into the Metaverse to allow for various savvy companies or individuals to monetize avatar customization and other mechanisms for optimizing and localizing your piece of Virtual Reality.

Non-fungible tokens (NFT) will play a major role in the architecture, customization, and monetization of the Metaverse.  NFT’s rely on blockchain technology to create “cryptographically unique tokens that are linked to digital (and sometimes physical) content, providing proof of ownership.” To date, blockchain authenticated digital assets might represent a piece of art , music or even a video game and only made the news when something like an animated flying cat with a pop tart body sold for $600,000.  The proof of ownership offered by an NFT will extend farther to include virtual real estate, right to access, and even the features and capabilities of the avatars populating the Metaverse itself.  In the virtual spaces that make up the Metaverse, NFTs will be king, and cryptocurrency will be the means to attain them.

Legal in the Metaverse

So, why should the legal industry and service providers that support it care about the emerging Metaverse? The $10 Billion in profits pledged by Meta alone to develop the Metaverse should be a major clue. Depending on which pundit you ask, the estimated value of the Metaverse might be as high as $ 7 Trillion, and forward-looking and ambitious firms are looking to lock in the intellectual property, optimize the functionality, and set themselves up to make the biggest possible piece of that pie.  Any time there is a major potential financial gain, the likelihood of large-scale legal issues is almost a foregone conclusion.

The forced social distancing caused by the pandemic, coupled with increased interest and investment has created a gold rush of sorts for many to plant their stake in the virtual ground. And while in many ways the Metaverse is the wild west, organizations have learned from the evolution of the internet that seeking legal advice early on is the best first step in meta risk management. From copyright infringement to data protection, access control to virtual contracting, the very real-world legal implications of the Metaverse have already been thrown into sharp relief for many.

Each virtual interaction in the Metaverse exposes the very real human behind the avatar to cyber and privacy risks. Whenever an avatar in the Metaverse accesses an event or purchases an NFT of a fancy jacket in the virtual shopping mall a very real-world financial transaction occurs and creates a digital record that must abide by global regulations. While most people chuckle at this concept and think back to the awkward dance moves of a Wii avatar or the clunky movements of a character in Roblox, the vision those like Zuckerberg have for the Metaverse is more of a synthesis of eCommerce, digital advertising, and a virtual world more reminiscent of the real one.

Legal professionals should consider the safeguards around individual user personal and financial information in the real world, their consumer and personal behavior in the Metaverse. As well as how to govern access, control, and retention of this increasingly valuable trove of information. Would, for example, a Metaversian (coining the term!) have the General Data Privacy Regulation (GDPR) right to be forgotten that they currently enjoy on the regular web? Would there be a workflow or even a mechanism to gather, protect or eliminate this sort of data from a blockchain-based ecosystem?

Protecting Creators in the Metaverse

Another major area of potential legal concern in the Metaverse is the protections around the intellectual property for content creators in the Metaverse. Who owns a song if say Metallica creates a new album in a virtual recording studio hosted in a Metaverse space owned by Sony? Who has distribution rights to a recording of a virtual play performed at a virtual Coachella if each individual user can record the show? If there is a mechanism to create NFT swag for an avatar are there limitations on the look style or patterns a user can create, would one have to secure a license from Nike to make a virtual Air Jordan? And the questions become even murkier if you think beyond the human creators to the potential for artificial intelligence to generate NFTs and realities.

eDiscovery in the Metaverse

I could fill several volumes on the what-ifs and potential for litigation, opportunity, and risk of the Metaverse. But what is quickly becoming clear as day is that as this potentially lucrative reimagining of virtual interaction continues to evolve, legal professionals will be faced with a myriad of legal causes of action! As with the internet and increasingly sophisticated digital communication before it, the Metaverse is poised to dramatically impact the way humans live, work, and play. As a result, where and how evidence is captured and parsed to uncover legally actionable behavior will have to evolve.

Thankfully, while the Metaverse itself is transformative and groundbreaking, many of the components that are powering the vast new digital ecosystem are less novel in nature. In many ways, the tipping point for the potential for the Metaverse to become a reality was when the Internet of Things became a reality. The vast network of billions of web-connected devices that collect, share, and create data based on user interaction in the real world is the foundation of the bridge between the virtual and real world. Something as innocuous as a Fitbit or smart water pump has helped move the dial to a virtual real world cross over, and just these devices are already being used as evidence in real-world court rooms.

Chat logs, audio files, videos of interaction in the virtual environment will all play crucial roles as evidence in real-life courts as legal causes of action based on interactions in the Metaverse. Partnering with an AI-powered review solution provider that has capabilities in image recognition and computer vision, audio parsing, and cross-data source concept identification and presentation will become increasingly important as professionals need to mine the myriad of interactions and data types generated and stored in the Metaverse.

Learning to love the Metaverse

The potential complexity, many lightyears beyond the email and Microsoft Office files that promulgated the early days of electronic discovery, opens massive opportunities to drive AI adoption out of sheer necessity. Next-gen and AI-powered legal technology will serve as a critical component of uncovering evidence and mitigating abuses in the brave new meta world that is just beginning to emerge. Savvy legal professionals and legal service providers alike see both the opportunity and risk posed by the Metaverse and are preparing and future-proofing their practice by going all-in-on-AI now!

This post is from our partners Reveal Data. View their original article and more here.

My firm has used Forensic Discovery on several complex eDiscovery projects over the past year. Trent and his team at FD have provided exceptional service for our clients and their knowledge of best practices ensures that our process is defensible. Their pricing meets expectations, and I recommend FD for any attorney or corporation that has a complicated eDiscovery matter.

My firm has used Trent from Forensic Discovery to perform various expert opinions on some of our more complicated discovery matters. His expertise in the area of Forensics and Discovery is the best in the industry. I'd recommend using him and his team when possible.